Pros and Cons of Caffeine for Student Athletes

Learn about the pros and cons of caffeine for athletes as well as how to comply with the NCAA caffeine limit and our suggestions for usage! 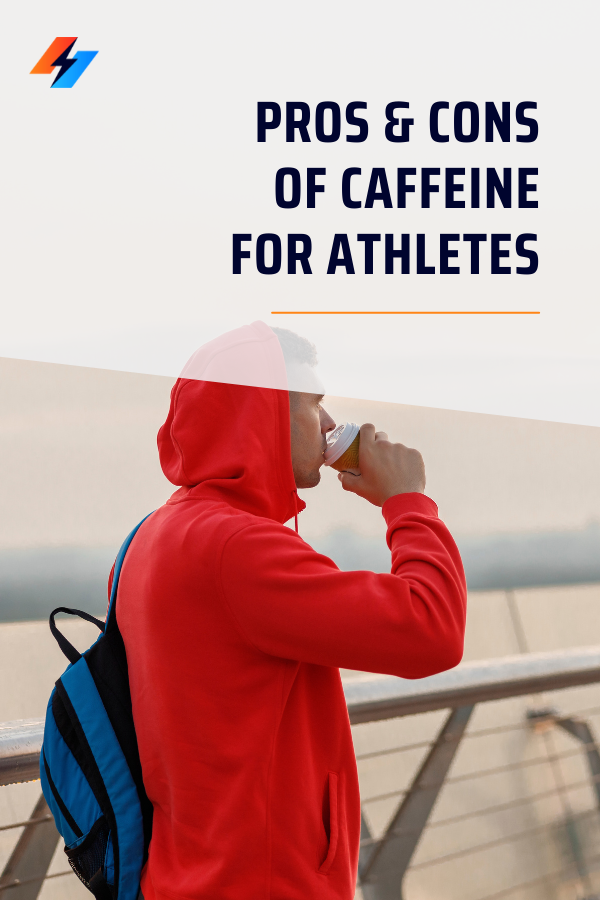 Disclaimer: This article is intended for informational purposes only for adults aged 18 and over. The American Academy of Pediatrics does not recommend caffeine for children under the age of 12 and advises against energy drinks for all children and teens.

I remember the first time I tried coffee as a college athlete. I was exhausted from studying for exams, staying up late watching Breaking Bad, and from two-a-day training sessions. One of my teammates brought me a cup of coffee before 6 AM lift. I got that jolt of energy, and the rest is history. To this day, I love my morning (and sometimes early afternoon) cup of joe. However, I didn’t know much about caffeine and its effects on athletic and academic performance when I was competing. Keep reading for common questions we get about caffeine from our student athletes, including the pros and cons of caffeine for athletes, the NCAA caffeine limit, suggestions for usage, and more!

Caffeine is one of the most well-researched ergogenic aids (aka performance enhancers) and is known for its ability to improve athletic and cognitive performance. Basically, it can help you train for longer at a higher effort and may make you feel more focused and alert. Caffeine is found in coffee beans but can also be synthesized in a lab, which explains how it shows up in energy drinks, soda, pre-workout formulas, medications and more.

Caffeine is a central nervous system stimulant and acts specifically by disrupting the normal functions of adenosine receptors. When adenosine acts upon its receptors in the brain, it causes relaxation and sleepiness. Caffeine helps prevent this, which is why you feel more awake after that morning cup of joe!

What does the research say about caffeine for athletes?

There are a variety of pros and cons of caffeine for athletes. We’ll start by covering the most commonly researched performance enhancing benefits, and then move on to some of the risks of caffeine intake, particularly in large amounts.

Endurance: Research shows several benefits of caffeine for performance, including positive effects on muscular and aerobic endurance. In fact, aerobic endurance appears to be the form of training that shows the most improvement from caffeine use. A systematic review showed that doses of 2-6 mg of caffeine per kg of bodyweight improved endurance performance across a variety of sports, including cycling, swimming, rowing, running, and cross country skiing.

Speed: For athletes engaging in high intensity intermittent activity, such as field sports like soccer, football, basketball, and tennis, caffeine can benefit you, too. A meta-analysis showed that ingesting caffeine prior to training resulted in significant improvement in speed. Bonus research finding for soccer players: when 15 male soccer players took a carb and electrolyte solution with caffeine, sprinting, jumping, and perception of fatigue were all improved in simulated soccer activity.

Strength and Power: Yes, caffeine can help in the weight room, too! Research shows that caffeine ingestion can have significant performance enhancing effects on upper body muscle strength and muscle power output.

Cognitive Performance and Mood: Caffeine has been shown to improve cognitive performance in a variety of ways, including agility, accuracy, and overall mood. Not only is this beneficial for your sport but also in the classroom as well.

Rate of Perceived Exertion: There is research that suggests that caffeine can also play a role in lowering the rate of perceived exertion during training. This can help athletes train harder for longer.

Should I be using caffeine then?

Just like a lot of aspects of nutrition, we have the same frustrating answer: It depends! Caffeine can affect individuals differently based on their genetics. In fact, research suggests that up to one in three individuals may not experience the benefits listed above when taking caffeine and may even experience negative side effects, including jitters, headaches, gastrointestinal upset, nervousness, and disrupted sleep. For these reasons, we do NOT recommend starting a caffeine regimen on competition day.

What is the safest way for me to incorporate caffeine?

In this case, the safest way is also the cheapest, most convenient way. We recommend trying a natural source like coffee or caffeinated tea (such as black or green tea) about 45-60 minutes before training, as this is typically when your blood caffeine levels peak.

Research shows that 3-6 mg of caffeine per kg of bodyweight may provide the training benefits you are looking for. To give you an idea of what that looks like, an 8 ounce cup of coffee usually has about 80-100 mg of caffeine, while a cup of caffeinated tea may have 30-50 mg.

If you are a new caffeine user, you may want to start closer to 2 mg per kg bodyweight to avoid negative side effects. On the other hand, if you are a habitual caffeine user, you may build a tolerance and not notice the performance enhancing effects of caffeine after a while. Not to worry, though- cutting back on caffeine for a week and reintroducing before competition can reduce tolerance and allow you to experience those benefits again.

Finally, avoid caffeine 4-6 hours before bed to avoid sleep disruption. It doesn’t matter how much caffeine helps during the day if you aren’t getting enough sleep at night!

What is the NCAA caffeine limit?

If you choose to incorporate caffeine into your pre-competition nutrition, be aware that caffeine is an NCAA banned substance in large amounts. The NCAA caffeine limit is a urinary level of 15 mcg/mL. You’d hit this threshold by consuming around 500-800 mg of caffeine or approximately 6-8 cups of coffee within 2-3 hours of your event. Since some pre-workout supplements contain up to 300 mg of caffeine in a single serving, your risk of hitting the limit is higher when using these products. In addition to breaking NCAA rules, keep in mind that this level of intake would likely result in severe negative side effects such as shaking and gastrointestinal distress.

Recent research shows that when consumed in moderation in caffeine-habituated males, there is no increase in risk of dehydration. While it may cause a mild diuretic effect, caffeinated drinks do count toward your daily fluid intake. However, be sure to include adequate water to stay hydrated and avoid the negative side effects of caffeine.

Pre-workout powders can contain a variety of ingredients, such as caffeine, nitrates, artificial sweeteners (such as acesulfame K, sucralose, and aspartame), artificial flavors, sugar alcohols (such as xylitol and erythritol), BCAAs, excessive amounts of vitamin B12, and other compounds. Remember that supplements are not well regulated by the FDA, so unless you are taking a supplement with a third party testing certification like Informed Sport or NSF Certified for Sport, you can’t be sure that you are getting the amounts of each ingredient stated on the label (or that your product is free of banned substances). These ingredients could cause GI upset, which can definitely hinder your training.

With all that considered, we typically do not recommend pre-workout powders, pills, or energy drink and instead recommend a carb-rich snack before training along with a cup of coffee or shot of espresso if you find that it gives you an extra boost without side effects. There are some sports nutrition products that contain caffeine, too, if coffee isn’t your thing. 5-15 minutes before practice or competition, or during long workouts, you can try gels from Clif or Gu and Bloks from Clif, Honey Stinger, or Pro Bar. Just be sure you try them at practice versus having them for the first time on a day you’re competing. You can also play around with the products since they contain different amounts of caffeine and even electrolytes.

Remember, energy itself comes from food and energy levels are maximized by having a well-balanced diet that includes adequate fluids. If you need some ideas on what solid pre-workout snacks look like, check out our comprehensive performance snacking guide!

Key Takeaways: the pros and cons of caffeine for athletes

While there are many compelling benefits of caffeine for athletes including enhanced endurance, speed, strength, agility, accuracy, and mood, there are also some risks. In some individuals – especially in large doses – caffeine can cause shakiness, gastrointestinal distress, headaches, nervousness, and disrupted sleep. It can also result in disqualification if consumed in excess of the NCAA caffeine limit on competition day. With all of this in mind, it is important to develop an understanding of your individual tolerance to caffeine and figure out what amount (if any) is beneficial for you!

If you do opt to consume caffeine, consider it a supplement like you would a protein powder or multivitamin. It is meant to SUPPLEMENT a balanced, adequate diet rich in whole grains, lean protein, healthy fats, fruits and veggies. It is also meant to SUPPLEMENT a solid sleep schedule. If you find that you need a constant flow of caffeine to stay alert and energized throughout the day, it may signify a bigger issue with overall nutrition and sleep habits. For individualized help with your nutrition program, reach out to one of our sports dietitians to optimize your performance and energy levels! 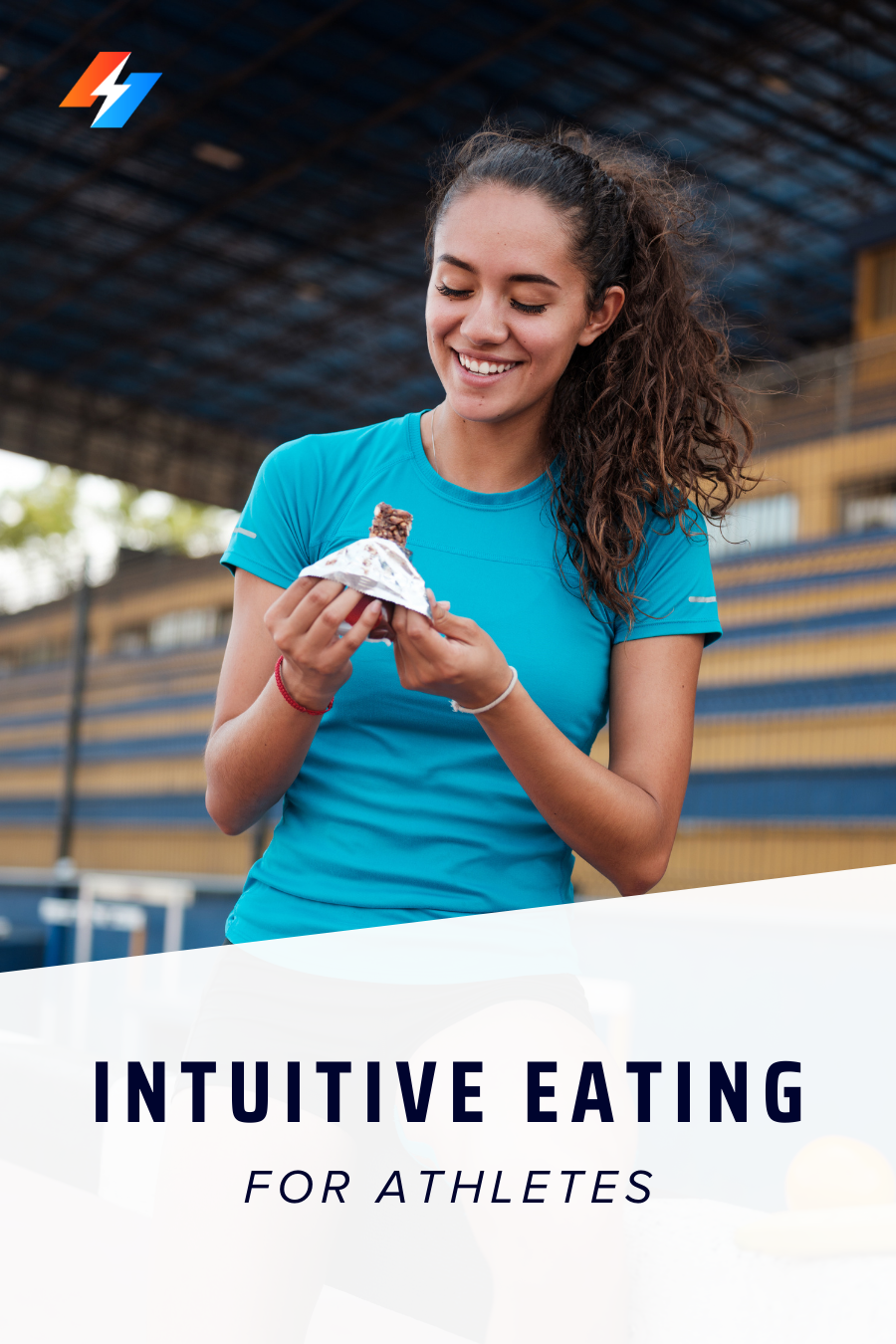 Student Athlete? Learn about the nuances of applying intuitive eating for athletes to benefit health and performance! 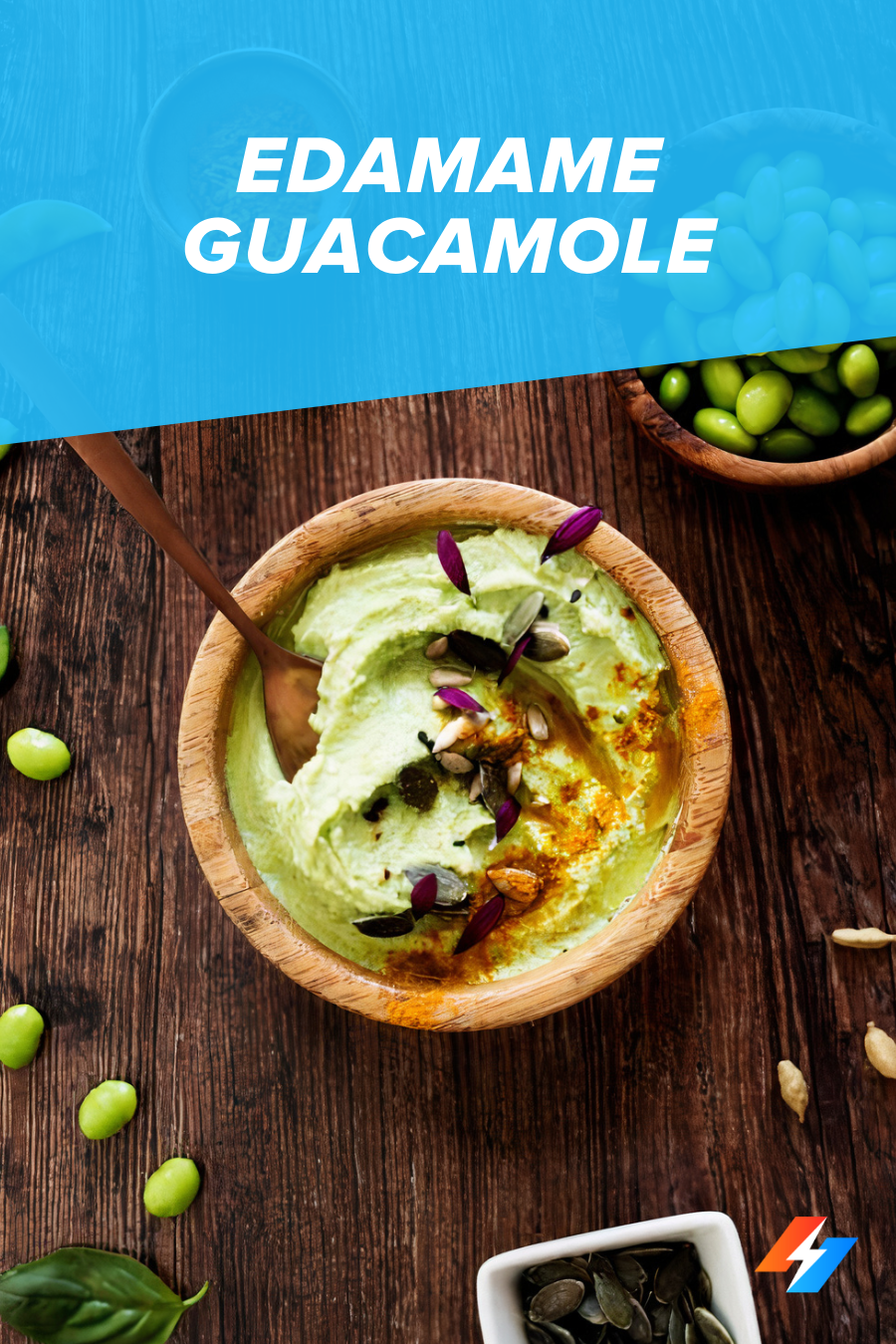 This satisfying edamame guacamole offers high-quality protein, fiber, and healthy fats. Try it with chips or veggies for a post-workout snack! 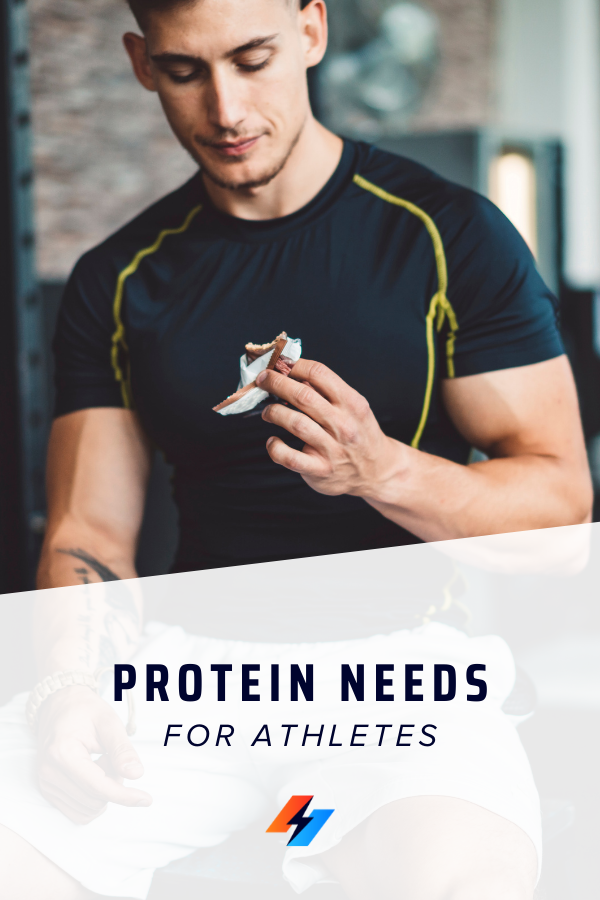 Do you really need all that protein? Protein intake for athletes

We hear a lot about protein for building and repairing muscle, but how much is enough? Learn about protein needs for athletes here!

connect with us for more!

Duplication of any content on this site is strictly prohibited without written authorized permission from the owner. This includes but is not limited to downloads, articles, and recipes. For more information: www.copyright.gov/legislation/dmca.pdf.